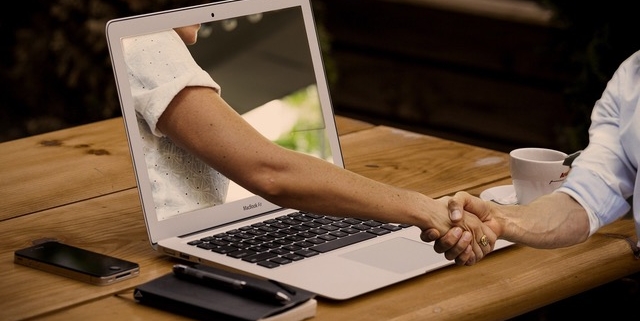 It’s a small word that passes many people by but if it’s not central to all you do in life you risk losing everything.

It governs all we do from our personal relationships and politics through to how we shop in the technological age to how successful we are in business.

That one simple word is … trust. It’s something that always has to be earned but it can also be so fragile if not carefully cared for, leading to disastrous consequences

There is a saying that “trust takes years to build, seconds to break and forever to repair.”

Without it – or if you lose it – then everything can quickly fall apart and can be so difficult to put back together again. If couples don’t trust one another it can rapidly lead to relationships crumbling. Every time we buy something online we are trusting the seller – people we’ve never met and who sometimes live thousands of miles away – to provide what we paid for. If trust falters in a business then that signals the beginning of the end of that business.

The late American businessman and keynote speaker Stephen Covey, who wrote the popular book The 7 Habits of Highly Effective People, said: “Trust is the glue of life. It’s the most essential ingredient in effective communication. It’s the foundational principle that holds all relationships.”

Look at the world around us now and there is a clear crisis of trust wherever you look.

The whole General Election was about trust. Did the voters trust Boris Johnson to get Brexit done or trust Jeremy Corbyn to get a better Brexit deal and then put it to a public vote. The landslide victory shows which party the British electorate trusted most on this (and their other policies) … but only time will tell if this trust was well-placed or misplaced.

Aircraft manufacturer Boeing’s reputation has taken an international battering since two of its new 737 Max planes crashed in Ethiopia and Indonesia, claiming hundreds of lives. Former Boeing engineers and aviation analysts seem to be blaming faulty sensors for the crashes and the incident has caused other safety concerns surrounding Boeing to surface.

The 737 Max planes have been grounded worldwide since March, costing the company a fortune … but it could prove to be costlier in the lack of trust passengers and even some employees now have in the company. Rebuilding that trust needs to go far further than a solution to the cause of the crashes being passed by regulators so the Max planes can fly again. The company will need to show to the world it has learned from what has happened and there has been a major culture change within it when it comes to safety.

There’s been a crisis of trust at Facebook too with its users’ confidence in the company plunging by 66% as a result of revelations that data analysis firm Cambridge Analytica inappropriately acquired data on 87 million Facebook users which it used to target voters during the 2016 USA presidential election. A survey showed that only 28% of Facebook users now believe the company is committed to privacy, down from a high of 79% the previous year. Imagine how long that’s going to take to retrieve.

In September 2020 hackers managed to get into 30 million Facebook accounts and take all kinds of data including emails and phone numbers.

The question is who will now trust Facebook’s new dating app and another new app it’s brought out which allows people to share videos and make video calls given its recent poor track record on protecting people’s data?

Qualities you’ll need to earn people’s trust include being reliable, dependable, competent, and sincere and if that trust slips you’d also need throw in humility and by this I mean being able to admit mistakes to rebuild it.

Yes, trust can be earned out of something that’s gone wrong. Sandra Sucher, an economist and professor at Harvard Business School, asked market researchers to study what happened when a customer experienced a problem at a company. She discovered that if the business sorted out the problem to the customer’s satisfaction then their trust in the company was not only reinstated but actually increased.

She said: “This is so different from how we normally think about trust. It’s not as fragile as we believe. Trust can actually be regained and it may not be lost forever.”

When it comes to the workplace trust is all about teamwork.

David Armistead, a consultant to businesses and communities seeking to thrive in the emerging new global economy, said: “Trust each other again and again. When the trust level gets high enough, people transcend apparent limits, discovering new and awesome abilities for which they were previously unaware.”

If people feel part of a team and trust one another to do their jobs well then the business will thrive but for this to happen employees need to have the self-discipline to hold themselves accountable by making sure they don’t let themselves or anyone else down by failing to do their best at all times.

Once a workplace has that ethos managers will have confidence in employees designing their own jobs and creating systems to do their jobs to the best of their ability. Trust is about sharing information, caring about other roles, opening yourself up to constructive feedback and providing support even when it’s not your job to do so.

This is helped by managers acting more like mentors than taskmasters and providing positive feedback on how people are doing. Telling someone they’re doing a great job will fill them with more confidence and they will feel they’ve reached a high standard they won’t want to let slip.

For, as author Ernest Hemingway said: “The best way to find out if you can trust somebody is to trust them.”

But let’s leave the final word to someone people have no problem trusting, the Dalai Lama, who said: “To earn trust, money and power aren’t enough. You have to show some concern for others. You can’t buy trust in the supermarket.”

How being ever so humble can make you ever so successful.

This website uses cookies to improve your experience while you navigate through the website. Out of these, the cookies that are categorized as necessary are stored on your browser as they are essential for the working of basic functionalities of the website. We also use third-party cookies that help us analyze and understand how you use this website. These cookies will be stored in your browser only with your consent. You also have the option to opt-out of these cookies. But opting out of some of these cookies may affect your browsing experience.
Necessary Always Enabled

Any cookies that may not be particularly necessary for the website to function and is used specifically to collect user personal data via analytics, ads, other embedded contents are termed as non-necessary cookies. It is mandatory to procure user consent prior to running these cookies on your website.